“The search committee was excited to hear Anna’s interest in the chamber’s opening for president,” Elliott MacIsaac, board chair, said. “After our interview with her, it was confirmed her vision and goals lined up with what we were looking for in the next president.”

“Anna’s chamber experience and proven accomplishments as a staff member will allow her to be successful in this role,” MacIsaac said. “We know she will lead the Auburn business community with professionalism, leadership and enthusiasm.”

In 2019, Hovey graduated from the Institute for Organization Management, the professional development program of the U.S. Chamber of Commerce foundation, receiving the recognition of IOM. 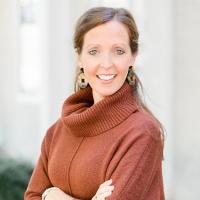 “I am thrilled to accept the position as president for an organization that represents successful businesses and impactful organizations that makes this community the special place that it is,” Hovey said.

As president, Hovey looks forward to the opportunity to further relationships with the 1,000+ chamber membership and forming new relationships with businesses the chamber has not yet met. Hovey will begin finalizing the chamber’s strategic goals for 2021 and work on getting them accomplished.

“I’m so thankful for the many people who influenced me and guided me on my journey here,” Hovey said. “Lolly’s shoes are big to fill, and I am grateful for her leadership in bringing the Auburn Chamber where it is today.”

A graduate of Auburn High School and Auburn University, Hovey looks forward to contributing and making an impact in the city she loves and calls home.