Lolly Steiner, Auburn Chamber president, announced to the chamber membership that she will be resigning from her position. Steiner began her journey at the Auburn Chamber of Commerce in 1997 as the director of membership and in 2001 was named president. Prior to joining the staff, Steiner served as an Auburn Chamber Diplomat and as a chamber board member. 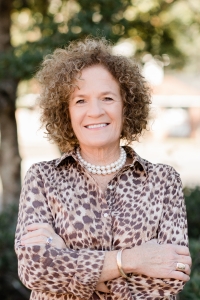 the chamber membership not only grow but grow wisely.

Steiner managed the capital campaign that paved the way for renovations and additions to the current Auburn Chamber of Commerce building. As Steiner managed the process and was over the $250,000 construction loan, she had a campaign goal of $75,000. She ended with $90,450 in cash and more than $74,000 in kind gifts. The celebration of the 3,059 square foot addition and 1,200 square foot renovation took place in the fall of 2005.

When Steiner joined the staff, one of her responsibilities included leading the Diplomats, the chamber’s volunteer program, which grew and thrived under her leadership. Her efforts in the Diplomat program have led the way for the successful group it still is today.

Long-time community members will recall Toomers 2000 and Tigers on the Prowl. Toomers 2000 was an event that drew tens of thousands of people to Auburn to celebrate the new millennium on January 1, 2000. Tigers on the Prowl was a communitywide event where the chamber partnered with the city of Auburn and Auburn University to bring 9-foot fiberglass tigers to downtown sidewalks and beyond. All of these momentous parts of Auburn’s history involve Steiner.

Today, Steiner sits on the City of Auburn Industrial Development Board, Leadership Lee County Board and the FACES Board. Steiner is also heavily involved with the Career Discovery Expo, which brings thousands of areawide junior high students to Southern Union State Community College to learn about the many opportunities available in our local communities.

Since leading the Auburn Chamber of Commerce, Steiner and her staff have played major roles in breaking barriers for businesses including when many Auburn business were impacted by ADA compliance, the Opelika Road renewal project, sign ordinances and more.

Additionally, Steiner has led the Auburn business community through the Great Recession in 2008, and most recently through the global pandemic of COVID-19.

“This 24-year ride has been full of change, celebrations, establishing lifelong relationships and so much more,” Steiner said. “I am eternally grateful for all of these experiences.”

As Steiner was making the decision to resign, she credits her entire staff for being a solid foundation for the organization. Not only does she have full confidence in her staff, but she calls the chamber board of directors some of the brightest businessmen and businesswomen she has seen in her tenure.

The community will continue to see Steiner as she is joining the team at AuburnBank. “I look forward to being part in AuburnBank’s exciting future, especially celebrating the bank’s new footprint in downtown Auburn,” Steiner said.

“Lolly has been a critical part of the success and growth in the Auburn business community over the past 20 years,” Elliott MacIsaac, Auburn Chamber board chairman, said. “She will be greatly missed in her current role as president, but we know that Lolly will always be an integral part of the Auburn community.”

The Auburn Chamber executive board has created a search committee and will look to replace Steiner in the coming weeks.